Norfolk Cross Country League
Christine Muttitt reports:
Harry Allcock ran in race one of Norfolk Cross County League on Sunday 3 November at Houghton Hall. The race was 5 miles and Harry was the first male home in a time of  29.27.

Remembrance run
Sarah Sparkes reports:
Today (Sunday), Sean Symmonds ran the marathon 4 laps while Simon and I ran the half.  Two laps along Walton on Thames towpath, lots of puddles and a bit of mud but the rain had stopped leaving a bright sunny day.  It’s the only run built around the two minutes silence, you start at 9.30 roughly, then at 11am, air horns are sounded and you stop, air horns then go again and you continue.  Highly recommended – very chilled and relaxed event and race briefing: “there will be bottle necks, relax and enjoy”.  The medal needs two hands to hold and is an inch thick. 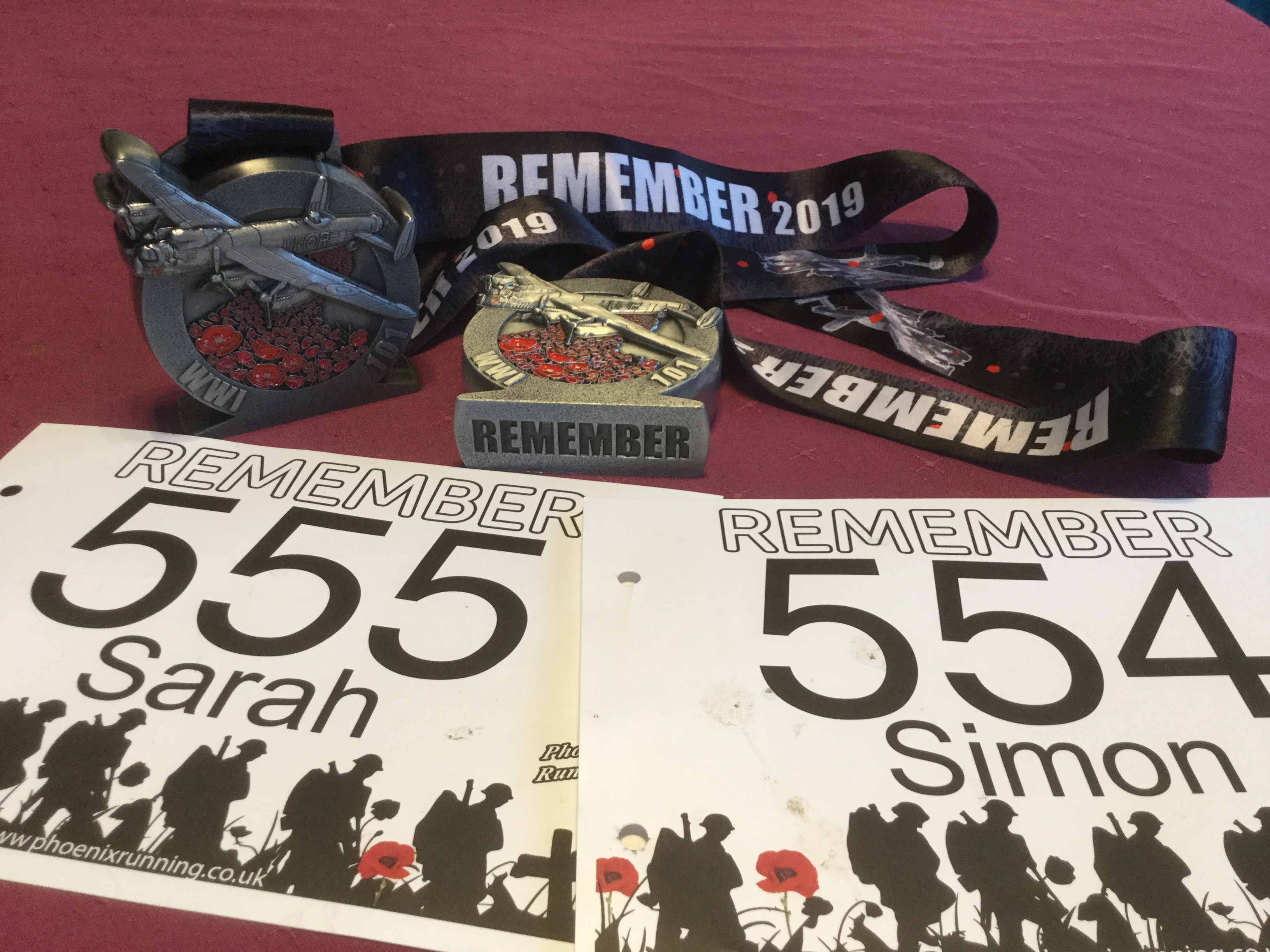 Athens Authentic marathon
Alice Kirk reports:
Today (Sunday) in Athens, Rose and Mike Ball, Paul Bird, Stuart Young and I ran at this very special race. We had a heavy downpour which soaked us all as we started then thankfully overcast for most of the rest of the run. We started in the town Marathon and finished in the Panathenaic Stadium back in Athens following the course practically identical to the route of the first Olympic Marathon of the modern era in 1896. Finishing in this iconic 3000 year old stadium where the Olympic Games all began, really did give us goosebumps. The tough course passed through several well supported towns, it had full aid stations every 2.5K, 1,200 feet of elevation which only stopped at mile 20 before a lovely downhill finish. A very special marathon which needs to be on every marathon runners bucket list. Our chip times (among 20,000 finishers) were Stuart and I 5:32:54; Rose 5:56:50; Paul 6:44:40; Mike 6:50:30. 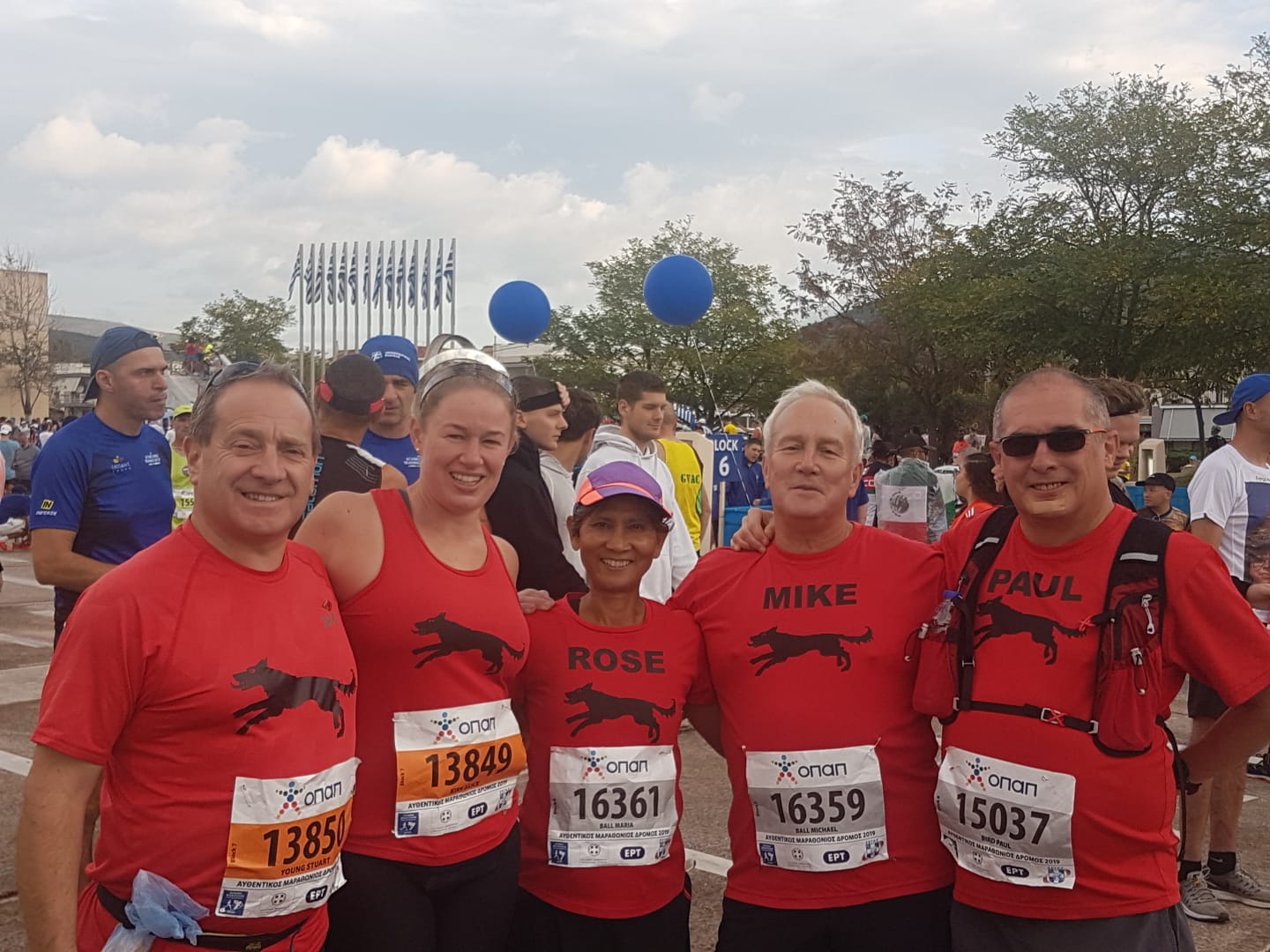