Lincoln parkrun
Sarah Wilby reports:
When visiting my cousin in Lincoln, I couldn’t bear a week without running. I asked on a FB group for sight-impaired runners if anyone knew of local parkruns with guides available. We had a practice run with a local guide which went so well, we did Lincoln parkrun together; a three lap course, no real hills but difficult terrain and the challenge having runners come past several times on the first 2 laps. But we completed it in a reasonable time and even managed a sprint finish! There were 3 VI runners in total there and it was the most amazing experience. The marshalls were awesome and other runners so encouraging. I can’t believe i had the nerve to take on this challenge and complete it.  For Sass devotees, she was having a morning off photobombing! 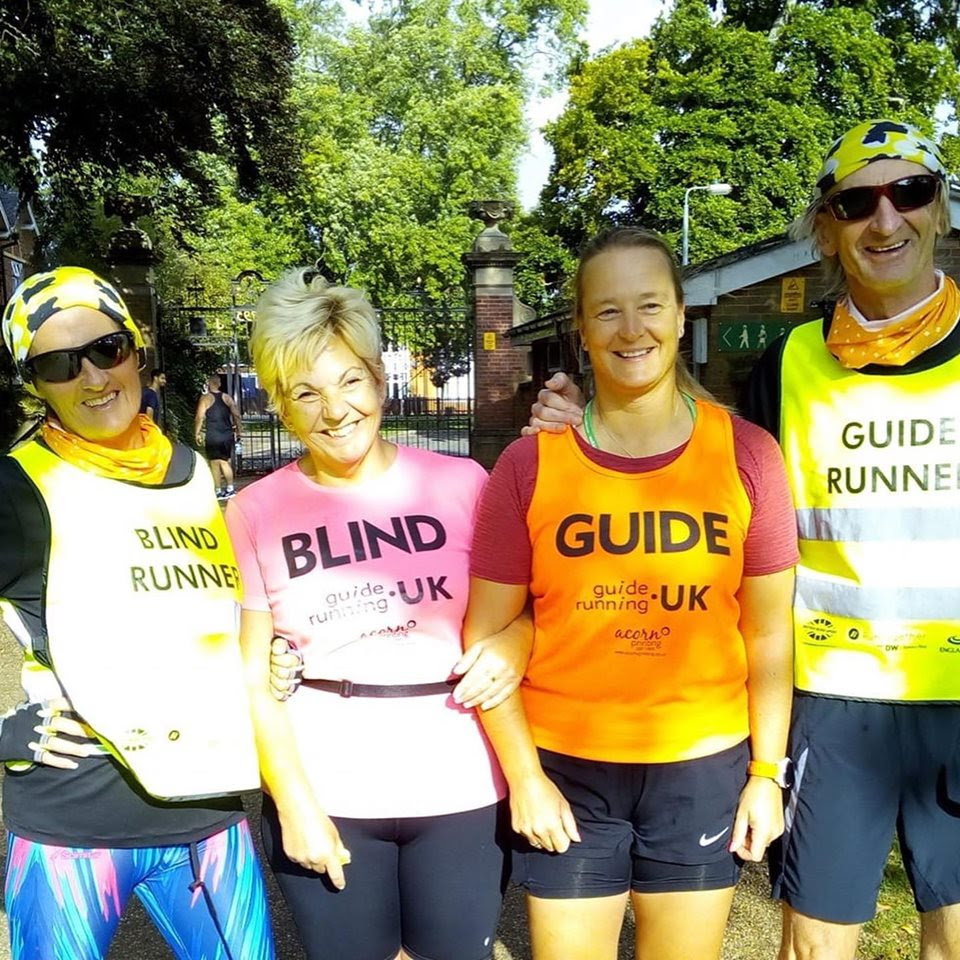 Culford Sprint Triathlon
Tom Pullinger reports:
Sarah McDonald, Simon Smith, Dom Whittaker, David Sparshott, Bridget Law and myself all took part in this triathlon near Bury St Edmunds today (Sunday). A pool swim of 300m followed by a 13 mile bike and a 4km run round the school grounds in warm but blustery conditions. David Sparshott took the overall win with age group wins for Bridget and Tom. Special mention to Bridget and Sarah, both racing their first triathlons after breaks to have children and also to Dom for competing in his first ever triathlon. 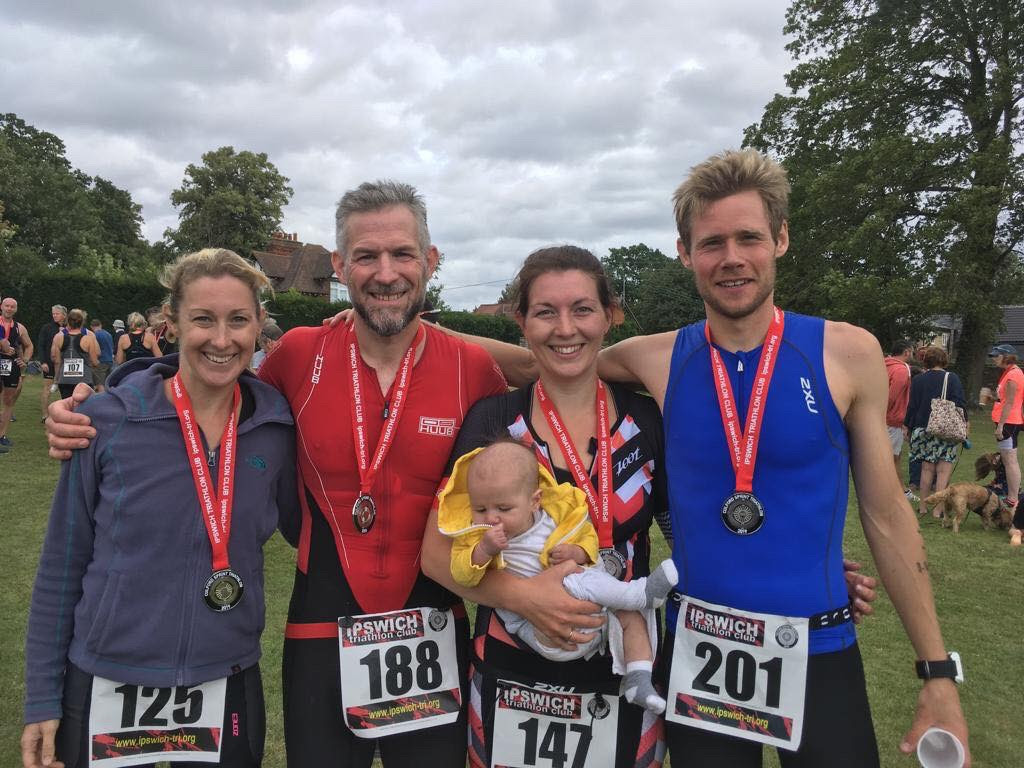 Rock ‘n Roll Dublin
Simon Sparkes reports:
This weekend saw the Sarah and I travel to Dublin for our second set of races in the Rock n Roll race series. To be honest we were not looking forward to the weather as all the forecasts suggested Eire would be hit hard with the storm and gales – but it seems like that bypassed us and caused chaos back at home.  Yes we have had a few patches of drizzle and spots of rain, but all races we did saw a gap in the clouds and were dry throughout with little or no wind to hamper the running.  The 5km on Saturday was through Phoenix Park. (Europe’s largest urban parkland. So they say, to be sure it is!).  All on footpaths with a relatively flat or downhill slope for the first 3km, followed by a long uphill drag to the finish.
The Half Marathon on Sunday, started near Trinity College, and weaved a 7 mile path through the streets and landmarks of Dublin before entering Phoenix Park and the finish line used in the 5km. Phoenix Park is not flat. It is very undulating and steep in parts. A lot harder 2nd half but still a race that I would recommend to all that are happy to travel longer distances to find a race.
The Family Fun Run was a race of just over 1.6 miles but advertised as a 2km event for all.  Considering I had just ran a half, there was just over an hour to recover but I still managed 7 minute mileing, finishing in just over 11 minutes and a top 10 finish. Although this does not count as it was an untimed fun run even though there were over 1000 runners and a lot of adults taking things very seriously.  The goodie bag and medals were fantastic. 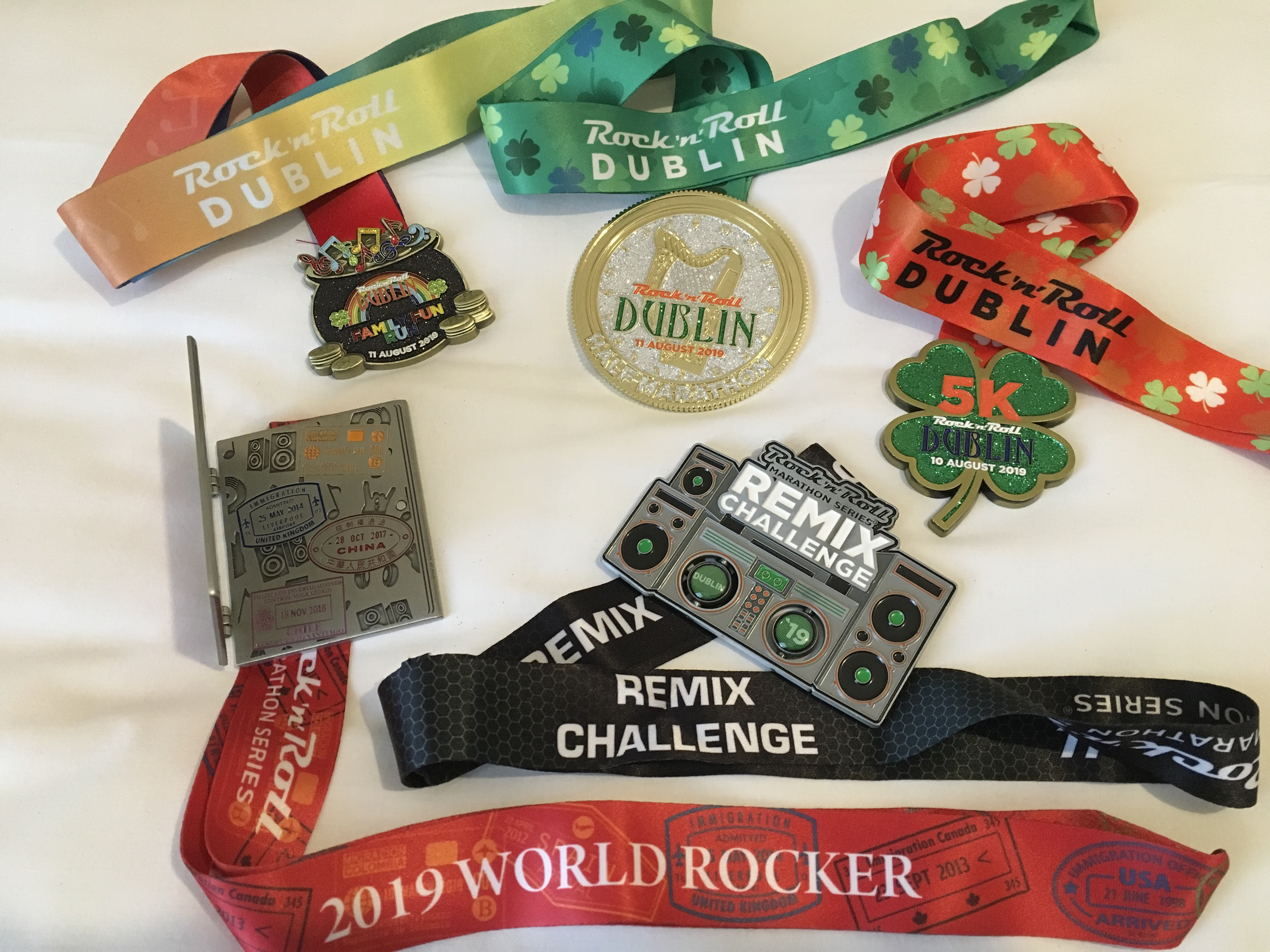 Great Yarmouth half marathon
Alice Kirk reports:
Today a small pack of club members ran at this annual event starting in Gorleston, running around the quiet lanes of Lound and Somerleyton before returning back to the school where we started. It was a undulating course, with lots of friendly marshals.  Bobbie won her age grading, first male Black Dog was John Wiles in 1.26.35 whilst Justine Fawcett in 1.51.10 was the first female Black Dog.

Coltishall 5k evening race
Alice Kirk reports:
Wednesday evening a handful of Doggies ran at this 5k event. It was good conditions, with a fast flat course, running one lap around the old RAF airfield. We got a lovely medal, and all had a nice run. 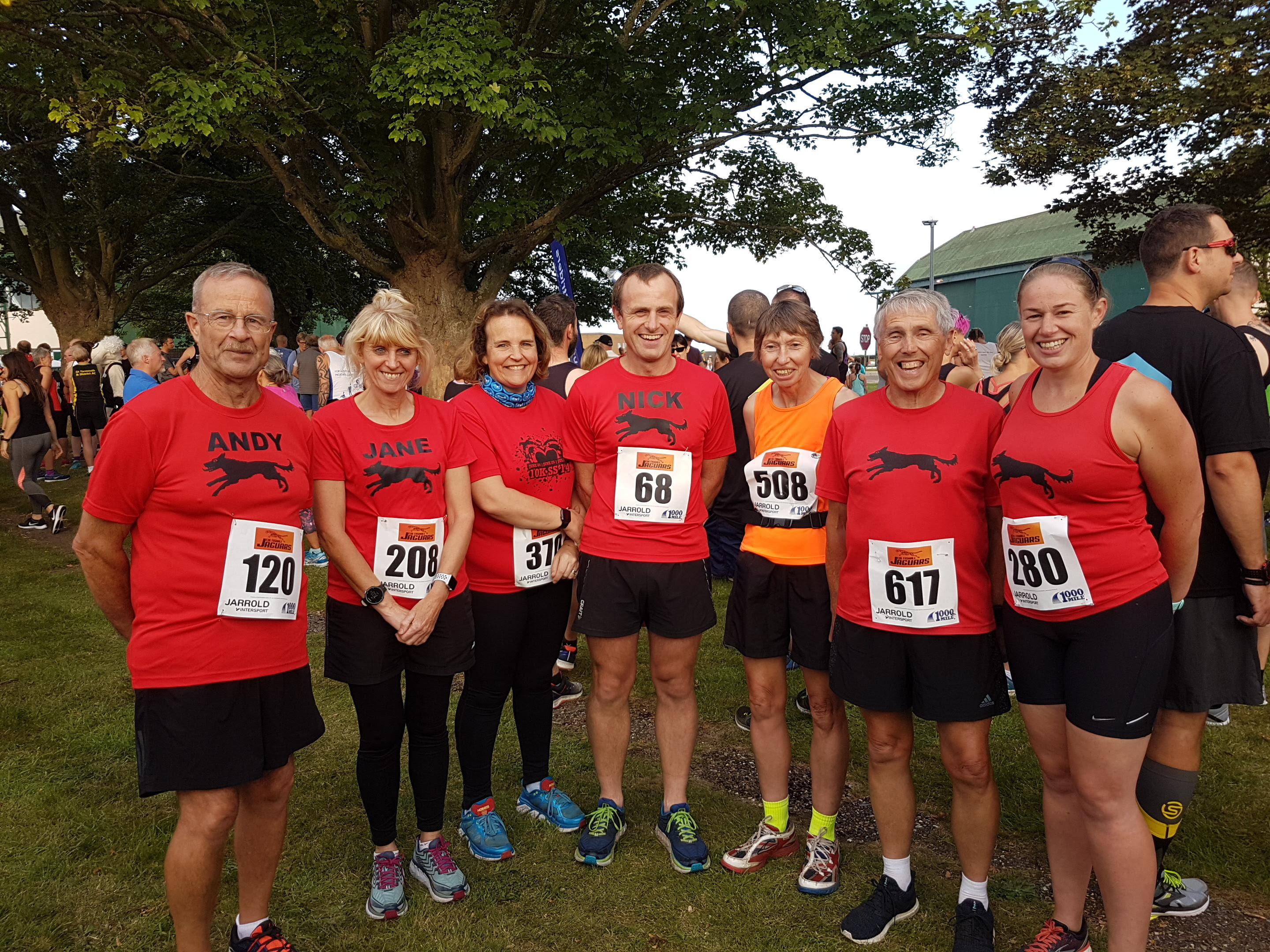