Kings of the Castle
Paul Bird reports:
On Thursday (12 Sep) we ran the first Kings of the Castle challenge alongside the Jubilee river, with the occasional glimpse of Windsor Castle through gaps in the hedgerow.  Dave Neeve successfully took on the challenge of beating both his own and my marathon PB, finishing his 2nd event in 5:09:23 and slicing over 30 minutes off his first result.  In the half marathon, Chrissy Neeve completed her 3rd event in 3:02:06, with me bringing up the rear in 3:29:36. 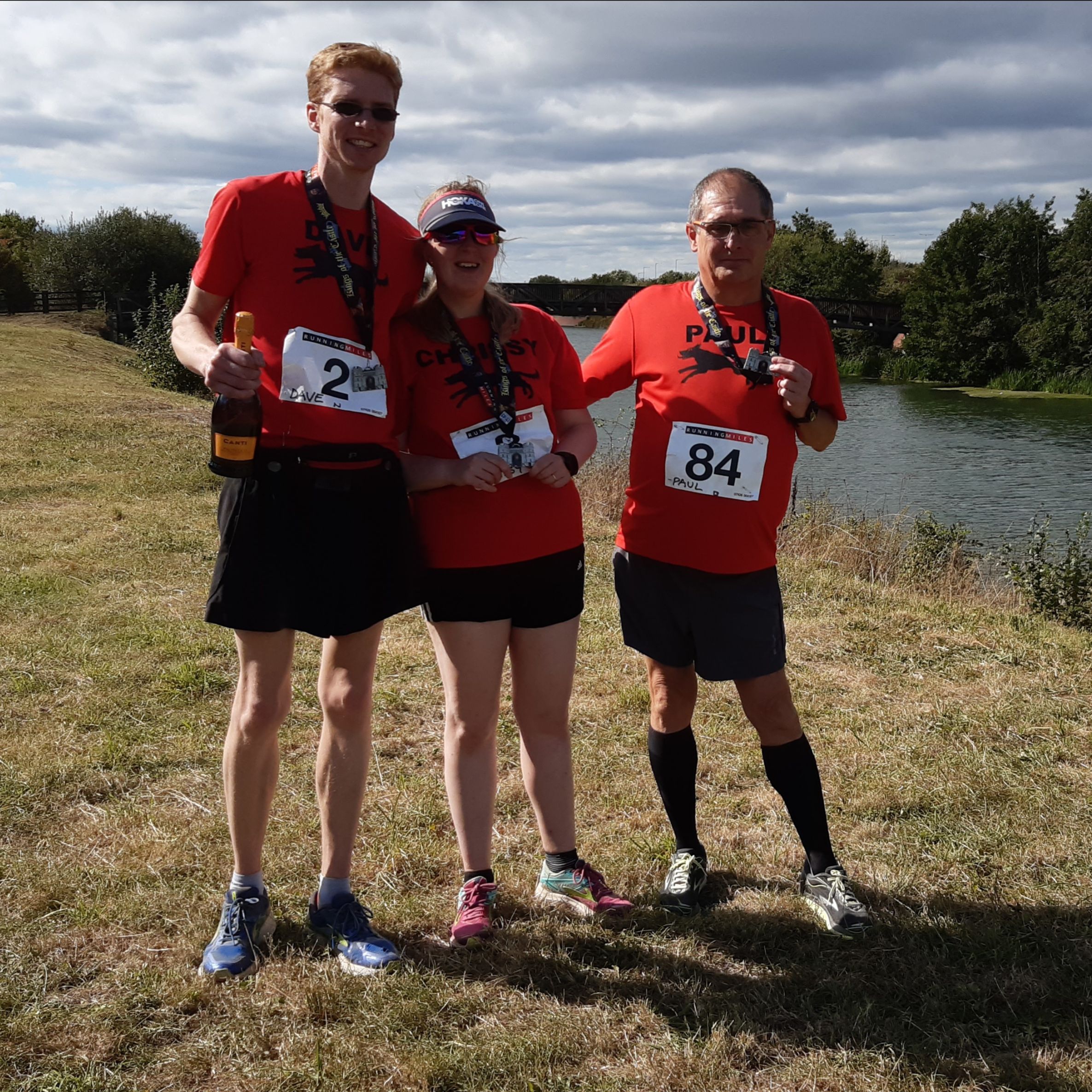 Shotley Peninsula 50
Simon Ludkin reports:
Yesterday (Saturday) at 08.30 I started this event with the Long Distance Walkers Association. A circular walk from Hockley between the River Stour and Orwell in Suffolk. On a day that was far too hot for me, 180+ walkers and runners took up the challenge. The course took us past Flatford Mill and some stunning scenery; even Felixstowe docks was something to be seen at night. Over 100,000 steps, 51.5miles and 13hrs 46mins later, I arrived back at where it had all started, feeling slightly weary.  On inspection this morning, I’m sporting some impressive blisters so if I do turn up for training at all this week, I may be moving slower then normal!

European Triathlon Championships
Tom Pullinger reports:
A group of Black Dogs went in convoy over to Almere near Amsterdam for the European Long and Middle distance Triathlon Championships, one of the oldest races on the calendar. A fast, flat course with perfect weather made for some great PBs and gutsy performances:  In the middle distance race (1.9k swim, 56 mile bike, 13.1 mile run)
Sarah Maidment was the first home with  a PB of 5hrs 53, Aaron Jackson next in 5hrs 59. Jackie Bell with a big PB of 6hrs 21. Laura Deal in 7hrs 12 for her first half iron distance race, Larissa Smith in 7hrs 18 and Lucy Johnston in 7hrs 58.  Tom Pullinger finished the long distance event (2.4 mile swim, 112 mile bike, 26.2 mile run) in 10hrs 26, a PB by over an hour and capped off with a 3:59 marathon. 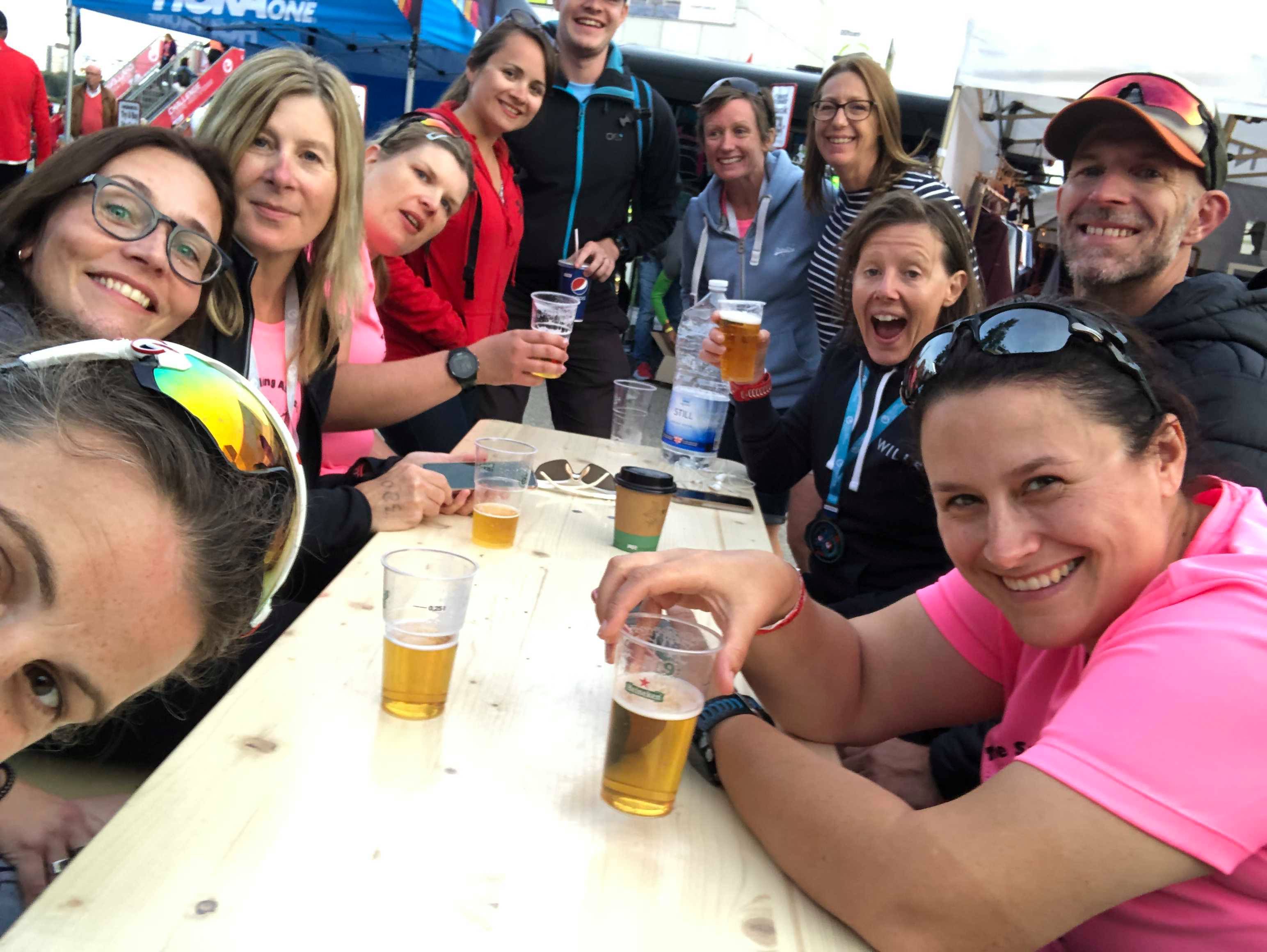