Having successfully organised, marshalled and generally manned the club’s annual Summer Series of 10k races, we were still able to field almost a quarter of the 250-plus competitors in the sold-out third and final run last week.

Sixty Black Dogs were led home by Harry Allcock who took third place on the overall podium, Hazel Garritty and David Neeve headed their age categories and many others clocked personal best performances on a near perfect evening for running.

The race was won by City of Norwich Athletic Club’s Dominic Oliver in a super-quick 34 minutes and 48 seconds, well ahead of clubmate and former Black Dog Marcus Sladden (36:25).

The full results are here.

The now well established city centre Norwich 10k attracted a near 7000 field with the Black Dogs maintaining their usual strong contingent (see pictures below). A morning that became gradually warmer over the course of the race and the ever present hills didn’t prevent some excellent performances, not least that of Sarah Wilby completing her first 10k guided by Sue Potter. 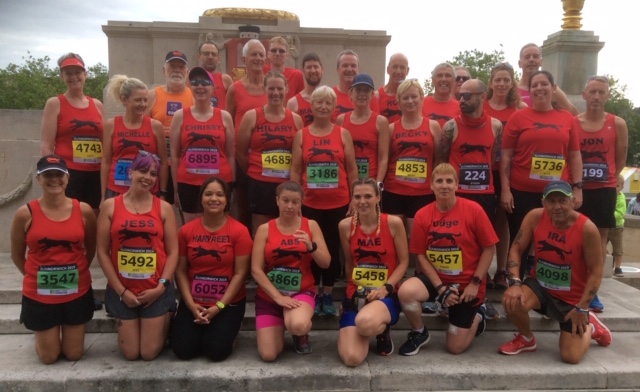 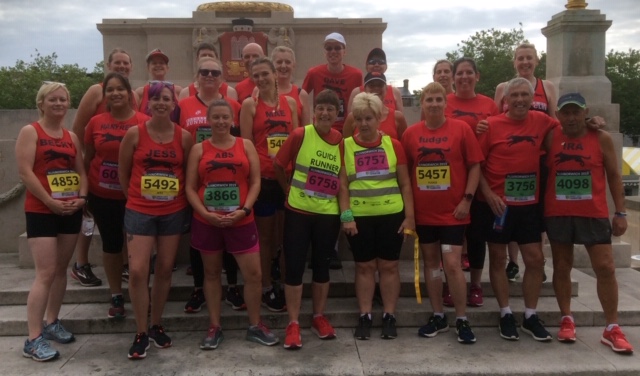 Alice Kirk reports:
Karen, Jane and I (pictured below) joined over 1000 woman running at the Olympic Park. The run started on the track, then out and around the Olympic Park itself finishing with a 100 metre sprint to the line on the most iconic track there is. It was quite a experience, the run itself was free with a tee shirt alongside free tickets to watch the anniversary games in the afternoon where we really were shown how to run (winning female 5k 14.20!). 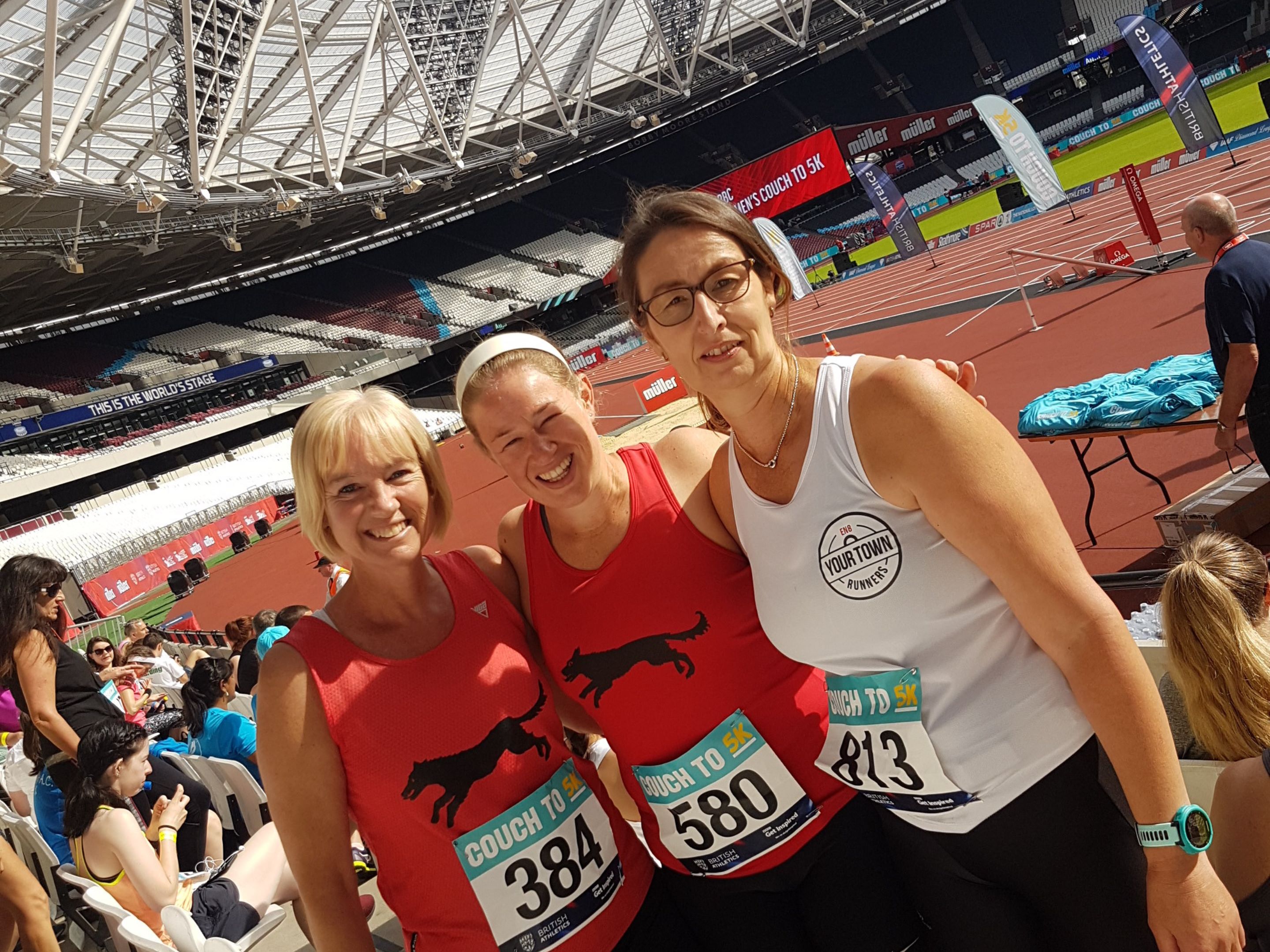