Peddars Way Ultra
Rachel Hirst reports:
On Saturday Jules Rickards and I ran the 48 miles.  It was an early start at at Knettishall Heath where we collected our numbers and had a briefing.  The weather was perfect for a long run with no rain or wind.  At mile three we had to wade through ankle deep water (twice).  It was highly amusing as some of us tried, unsuccessfully, to wear bin bags over our trainers.  There were three terrific checkpoints – great to see Bobbie and Chris at checkpoint three offering hot drinks, ‘toasted’ sausage/cheese rolls and an amazing selection of goodies.  The last ten miles were challenging as by then it was a very dark night and we were running/walking on very rutted tracks.  Just before the end we had to run up to the beach to tear a page out of a book to take to the finish.  The finish line was inside a village hall, where we were treated to baked beans on toast, crumble, mince pies and hot drinks. 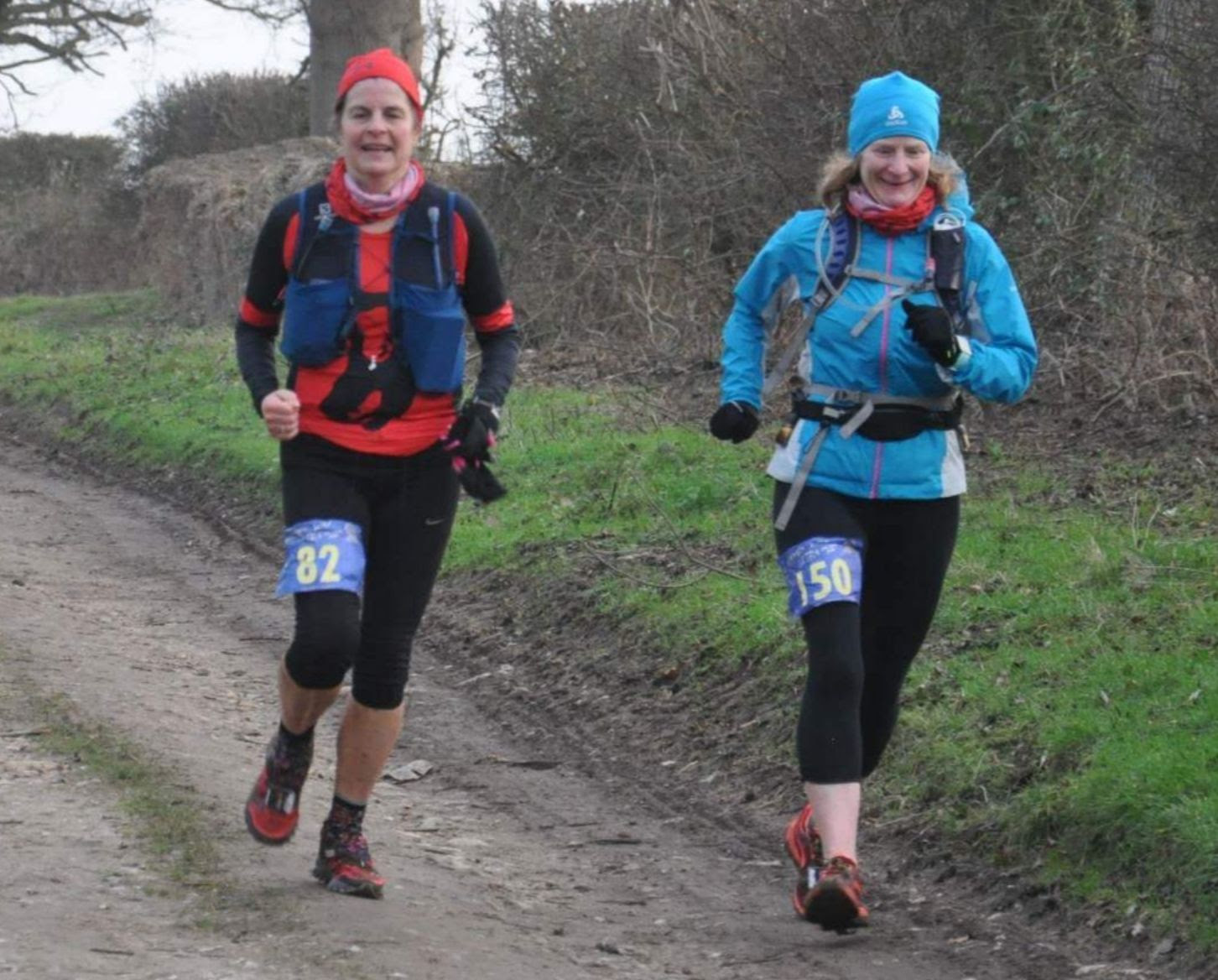 Freethorpe Ten
Alice Kirk reports:
On a cool, breezy (but overall great conditions weather wise), doggies were out in force running at this annual 10 mile race. The course was the first of. the Grand Prix series in Norfolk, and it was a county championship race. The course was undulating, with two water stations on route.  We had some impressive PB’s – see Hall of Fame above.

Farnborough Half
Simon Sparkes reports:
Sarah and I traveled to Farnborough this weekend for their winter half. A run out along the side of the runway and around the roads surrounding the complex, then back beside the runway for the last mile back to the finish. Decent goody bag, medal and fleecy gloves at the finish. Well organised and plenty of spectators along the route.