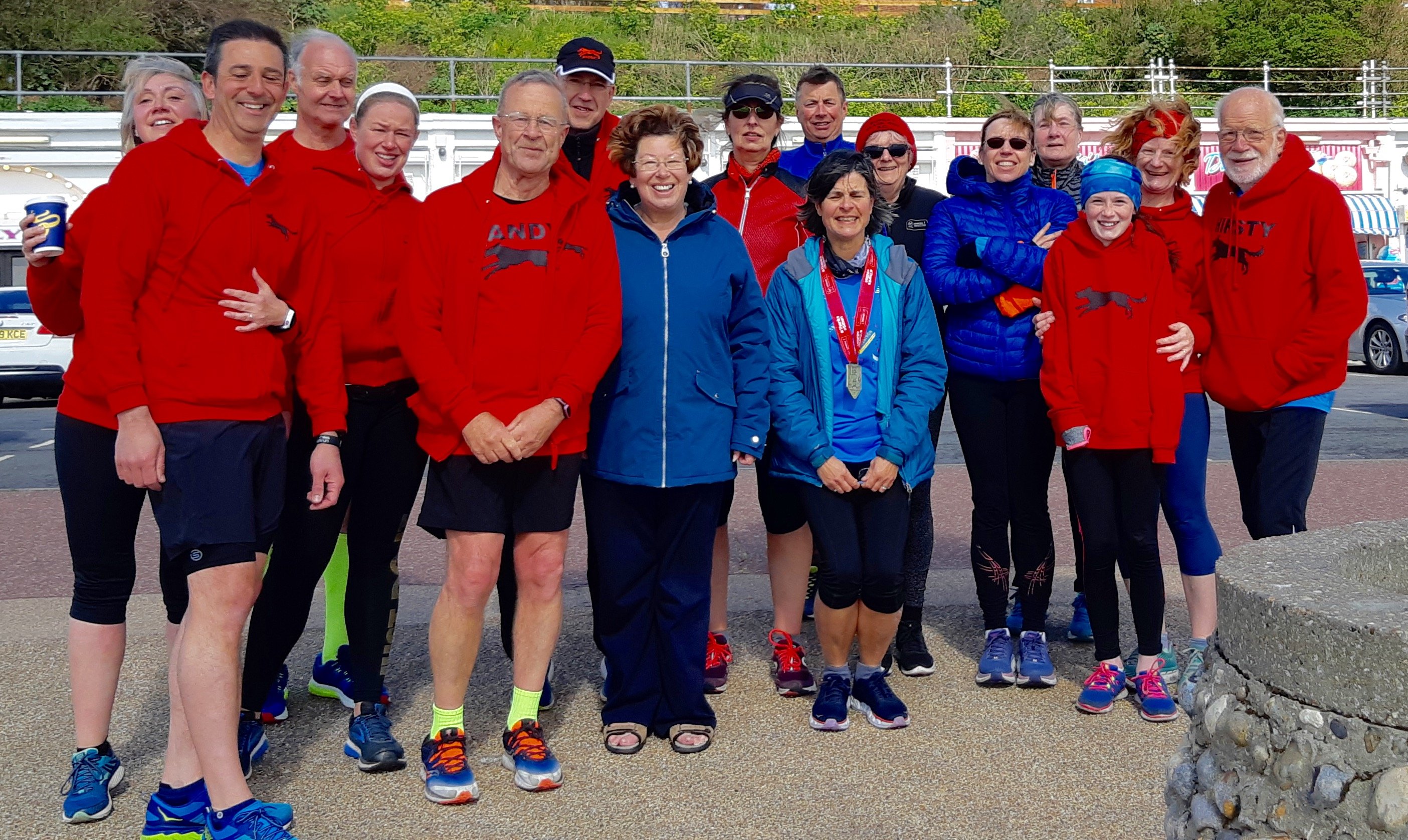 Secondly there was a photo session of those Gorleston parkrunners who last week competed in the London Marathon; in many cases their running interest started at Gorleston and within a year or two they’d run the world’s most popular marathon….well done all and especially those pictured from the BBDRC.

GEAR 10k
Rosie Matthewson reports:
Phil, myself and two other Black Dogs were at Kings Lynn today (Sunday). It was a good run (and walk for me), brilliant goody bag with lots of snacks, T-shirt and medal. My first run since being injured at the end of March. 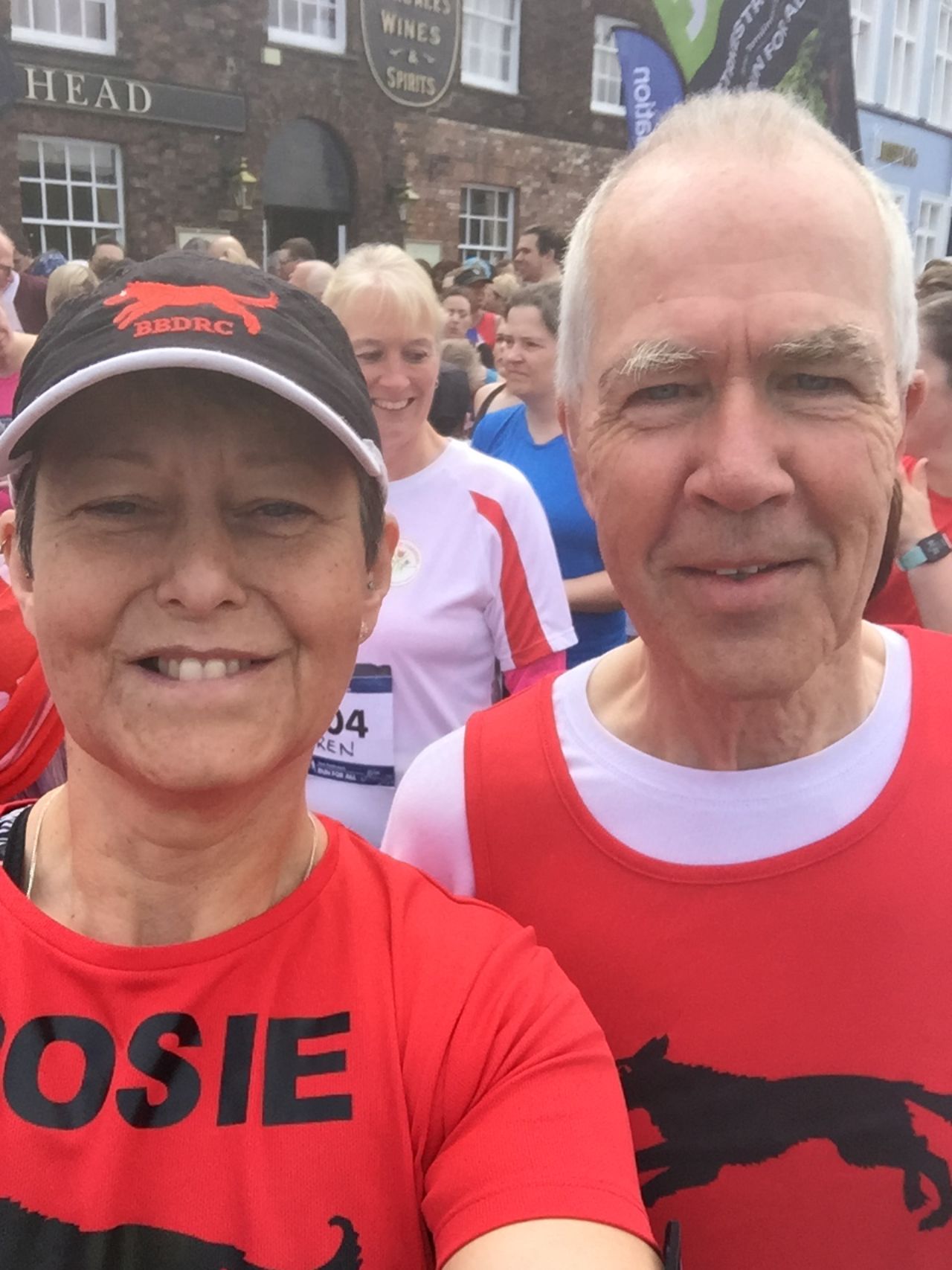 Heritage Coastal Half and Marathon
Alice Kirk reports:
It was a chilly start, but 6 Black Dogs made their way to Thorpeness to complete in the 37th annual event today (Sunday). Jane Pattison ran the half distance and got a PB (2.18 ish) while Judith Sadler picked the more gentle walking option with her friend. Lucie Morran and Hilary Ball did their first marathon in 5.50 ish and myself and Jules Rickards treated it as our last long training run before Angles Way, completing it in 5.14. The route for the half was 90% trail and the marathon 75% trail with the rest of the miles being sand, shingle, mud, heathland, paths – the most glorious setting and scenery to keep us happy. We all enjoyed it, and I know for sure I will sleep well tonight. 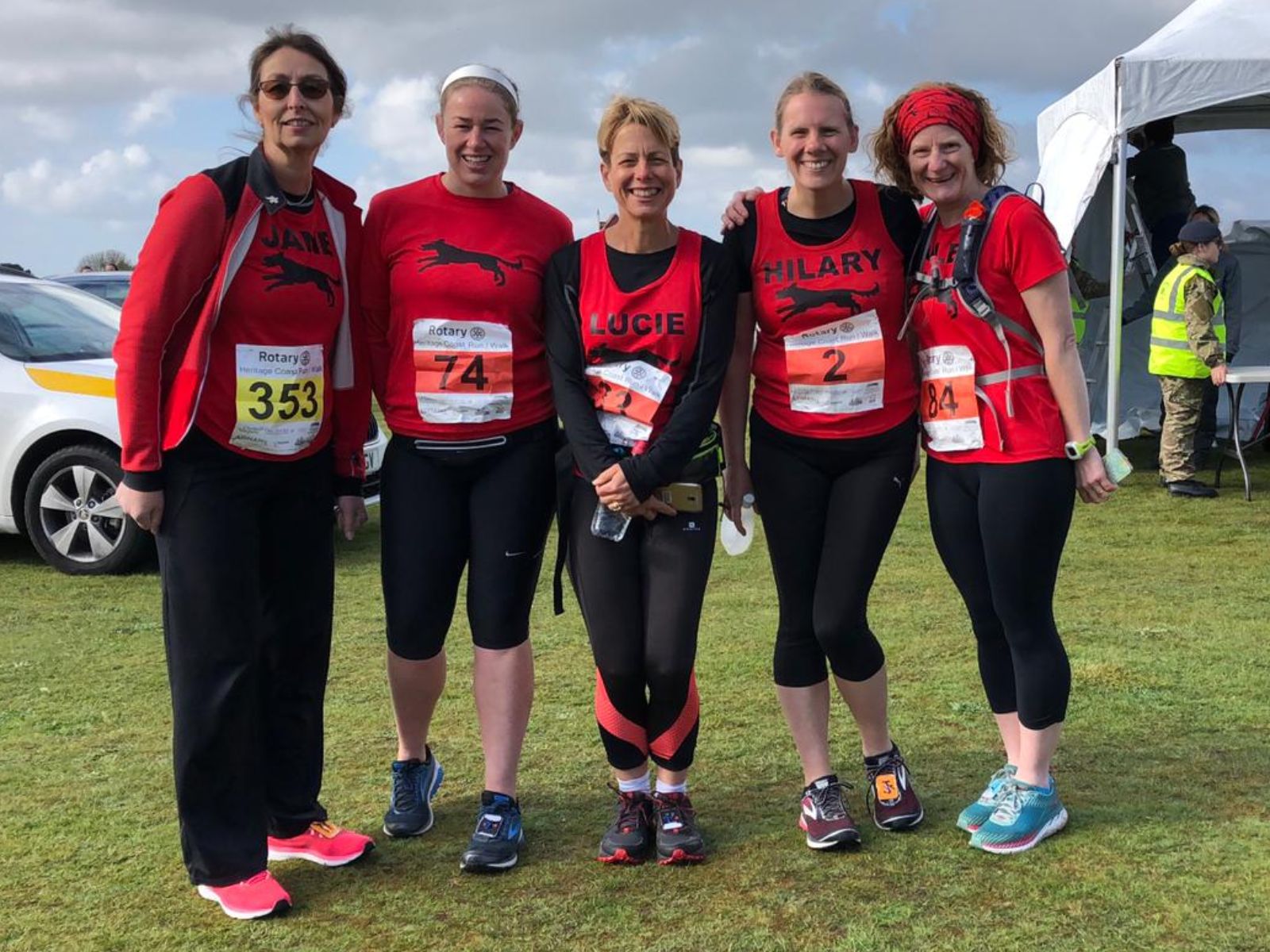